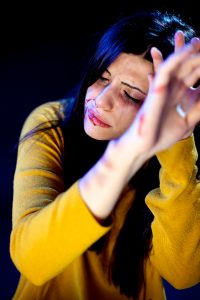 Victim of rape and violence.

A critical element of proving a rape charge is to show the sex was not consensual.   In all cases, there is a dispute as to whether the victim was saying yes or no.  However, the issue is even more complicated when the victim is impaired due to the use of alcohol or drugs.  In Massachusetts, if a victim is sufficiently impaired, he/she will be found to be incapable of consenting to sex.  At what point a person will be found to be incapable of consent will vary depending on the facts and circumstances of the situation.  However, the law is clear that a person need not be drunk or high to the extent that he/she is unconscious before being found unable to consent to sex.

To be convicted of rape, it is not enough for the prosecution to show only that the victim was incapable of giving consent.  The State must also prove the perpetrator knew or should have known the victim was impaired to the point that he/she could not give voluntary consent to intercourse.  In making this determination, the alleged rapist’s mental state must also be taken into consideration.  Therefore, if he or she was under the influence of drugs or alcohol, or for some other reason had their judgment impaired to the point of being unable to determine if the other person was voluntarily consenting, a rape charge will not stand.