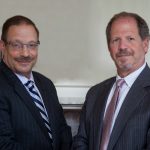 Click Here, we’d be happy to answer your question, give you guidance or consider representing you if you’re faced with a legal issue. No obligations, an initial phone conversation with our firm is complimentary.

How much is my case worth?

Generally, the value of a case is determined by the total amount of medical expense, loss of earning capacity, and money for pain and suffering. If fault is not completely attributable to the defendant, an offset for comparative fault will also factor into the value, other offsets would include public or private healthcare insurance liens and no fault benefits. That is why we monitor cases from beginning to end and obtain revenue from all possible sources in order to maximize what we can obtain for the client. The general rule of thumb is that the more severe the injury, the more significant the treatment; the greater the value.

How long does a legal case take?

The short answer to your question is, the case will last as long as it takes for you to recover completely, reaching a medical end result. It would be unwise for anyone to settle their claim if they are continuing to treat with a doctor for their injuries. We, at the law offices of Aiken and Aiken P.C. Personal Injury Attorneys, wait until such time as the client has achieved maximum medical improvement, per their doctor, before we enter into negotiations. There are, however, situations where the amount of insurance coverage is so little compared to the seriousness of the injuries that it is sometimes in the best interest of the client to settle it quickly so they can not only receive money sooner rather than later, but the amount of money they may have to pay back to their health insurance company can be minimized.

What is the Statute of Limitations in Massachusetts with respect to Personal Injury?

The law in Massachusetts states that you have three (3) years from the date of the accident in which to file a claim as long as you are over eighteen (18) years of age. If you are a minor at the time of the accident, the Statute of Limitations does not begin to run until three (3) years from the time you reach eighteen (18) years of age.

What are no-fault benefits in Hyannis, Massachusetts?

Massachusetts has an $8,000.00 benefit to cover medical bills and loss of income as a result of injuries. These benefits are good for two (2) years following the accident. If you have health insurance, the automobile carrier pays a portion of your medical bills and then your health insurance company pays the rest. Loss of income can also be covered through no-fault. The insurance company is required to pay you 75% of your average weekly wage. In the event you are not working at the time of the accident, you still may be entitled to benefits under the no-fault law.

How does the insurance company determine who is at fault if both parties are claiming the other is responsible for the accident?

In Massachusetts, we are a comparative negligence State. This means the trier of fact, whether it be an insurance company, an attorney, or a judge or jury, is required to determine who is at fault for the accident. The law in Massachusetts states if you are more than fifty (50%) percent responsible for your own injuries, you cannot recover anything. In the event you are 50% at fault, or less, you can recover; however, your recovery will be reduced by your percentage of fault.

Can I recover injuries while working even though I am at fault?

What type of insurance should I get on my vehicle?

Most people do not realize that insurance coverage for individuals, as opposed to the vehicle itself, is extremely inexpensive. If you own a home, or have any equity, it is extremely important that you have enough insurance to protect your assets. The rule of thumb, certainly, would be to obtain as much insurance as you can afford; however, there are several areas of insurance that are very important above all others.

Liability insurance coverage should be adequate enough to cover any assets you may own. However, even if you do not own any assets, you should carry underinsurance coverage which will protect you in the event the other driver is underinsured. You should also have Medical Payment coverage. This coverage will be supplementary to any no-fault benefits you have available. You do not have to wait for the anniversary of your policy to expire to obtain additional insurance. You will be very surprised to learn that adding additional coverage for yourself and your family members can be surprisingly inexpensive.

What is underinsurance coverage?

Underinsurance coverage protects you in the event the other driver, who may be responsible for your injuries, is underinsured. You can purchase additional insurance through your own company to supplement the insurance of the other driver. It is inexpensive, and it is an optional feature. It is not required in Massachusetts.

What is MedPay, or Medical Payment coverage?

MedPay coverage is an optional feature that covers medical bills for two (2) years following an accident. It is offered in increments of $5,000.00, and it is extremely inexpensive. It costs approximately $20.00 per year for every $5,000.00. We encourage all clients to obtain this coverage.

In most situations, health insurance companies have rights to subrogate against the individual who purchased the insurance. In cases where you are injured and your health insurance company pays your medical bills, you will probably have an obligation to repay them. The amount you are required to repay, however, is oftentimes negotiable; and our offices try to reduce, as much as possible, the lien filed by your insurance company.

Where on the road should I be riding when I am on my bicycle?

In general, the law in Massachusetts requires bicyclists to ride in the same direction as traffic, in the street, not on the sidewalk. While many bicyclists often ride against the traffic because they want to see the vehicles coming at them, this is not the accepted and legal manner in which to ride a bicycle in Massachusetts. Should you suffer an accident while riding this manner, you could be held more responsible for your injuries than the driver of the automobile. When walking on the street, it is always better to walk towards traffic rather than with traffic. This would be opposite to riding a bicycle. A bicyclist is held to the same rules of the road as an automobile, with the exceptions made when the safety of the cyclist would be jeopardized or the flow of traffic impeded.

What is the Statute of Limitations with respect to sexual abuse cases in Massachusetts?

While the Statute of Limitations with respect to sexual abuse cases is, basically, the same as all personal injury cases, three (3) years, the law does make an exception in cases where people who have suffered sexual abuse and either forgot about the abuse and sublimated the events, or even though they were aware they had been abused, never believed, or understood, they had suffered harm as a result of the abuse. In those cases, the Statute of Limitations would not begin to run until three (3) years from the time they knew, or should have known, they had suffered harm as a result of the sexual abuse.

What if an accident at work was caused by someone else who is not working for the same employer, like another driver?

If I owe money to the State for taxes, or for child support, can I still receive a settlement?

What Can I recover if I am bit by a dog?

In Hyannis, or any place in Massachusetts, there is a strict liability statute when it comes to dogs. If someone is either bitten, or injured, by a dog, and the dog is owned by an individual who owns a home, the dog is, most likely, covered under the homeowner’s policy. There is very little defense in the event you are injured by a dog unless you are teasing the dog, or hurting the dog in some way. This theory is called strict liability, and it often leads to quick and lucrative settlements should the injuries be significant.

Use the code below or click here for more details.