Motorcycle Insurance: Freedom Has a Price 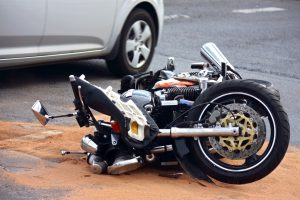 Several years ago, I represented a biker in his early 30’s traveling down Main Street in Hyannis on a Busa, past the downtown area heading towards Cape Cod Hospital. Suddenly and without warning, a car pulled out of a parking space and attempted a U-turn in front of the man on the motorcycle. Fortunately, there were no other passengers, but tragically the car crash killed the biker, who was not wearing a motorcycle helmet which is in violation of the law in Massachusetts.

The driver of the car who caused the motorcycle accident had $50,000 of insurance which is above the $20,000 minimum level required in Massachusetts. Thankfully, the motorcycle driver had an underinsurance policy that provided another $50,000 in benefits.

The total amount of available insurance was wholly inadequate to compensate the biker’s family for the loss of their loved one. Even though this motorcycle accident caused the ultimate injury, the maximum amount the motorcyclist’s family could recover was $100,000. In addition to the limited insurance available, the car owner’s insurance company argued that the biker was at least partially responsible for the accident as he was speeding at the time of the accident and not wearing a helmet, which was a violation of the law. Despite the above, a settlement for the full $100,000 was reached in this case. However, had more insurance been available, the family would have fared better.

Driving a motorcycle is even more dangerous than driving a car. Yet, motorcyclists, like car owners, rarely carry adequate insurance to cover themselves in the event of a motorcycle crash.The medical bills alone can sometimes exceed the amount of the insurance. This is before any consideration of lost wages, pain and suffering or property damage.

So, the next time you are going through your mental checklist preparing for your ride down freedom’s highway, ask yourself if you’ve checked your insurance coverage lately.You and your family deserve it.