Biking on Cape Cod: Know and Observe the Rules 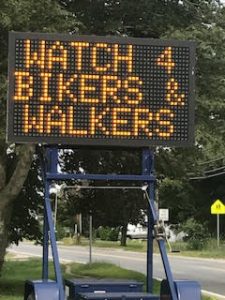 This recent case involved a biker who was minding his own business riding straight down the road on a side street in Yarmouth Port, just outside the main city of Hyannis, Massachusetts.  Suddenly, and without warning, a car on his left side made a turn directly in front of the bicyclist.  This caused the cyclist to put his bicycle down to avoid hitting the side of the car causing him significant injuries including fractures of his leg and arm.

We argued that the biker had a right to be where he was on the right side of the road, and that the driver of the car had a duty to be aware of him, especially as he had passed him before crossing in front of him.  Even though there was no direct contact between the car and the man on the bicycle, we were successful in obtaining a substantial six-figure settlement.

The key here was that the person who was riding the bike was on the correct side of the road and therefore was not negligent in causing his own injury.

Whether you’re a motorist or pedestrian (in Massachusetts bicyclists are considered pedestrians) safety comes first and you must understand and follow the appropriate biking, driving and walking rules. It’s the law and will be used to determine the outcome.

Use the code below or click here for more details.